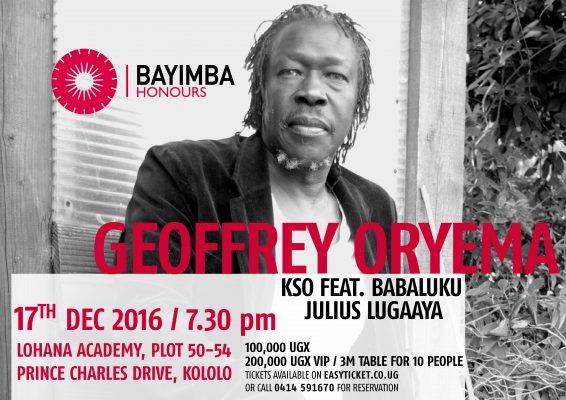 Geoffrey Oryema has arrived in Uganda after 39 years in exile.

He will perform at a concert in Kampala on the night of Saturday 17th December 2016 by kind invitation of the Bayimba Foundation.

Three Bayimba Foundation Honorees will be announced and publicly recognized at this event.

The Bayimba Honours was initiated to recognise artists, private individuals, families, institutions or companies for their contribution, in the spirit of philanthropy, to the development of the arts and cultural life in Uganda and the award is given to those whose efforts: