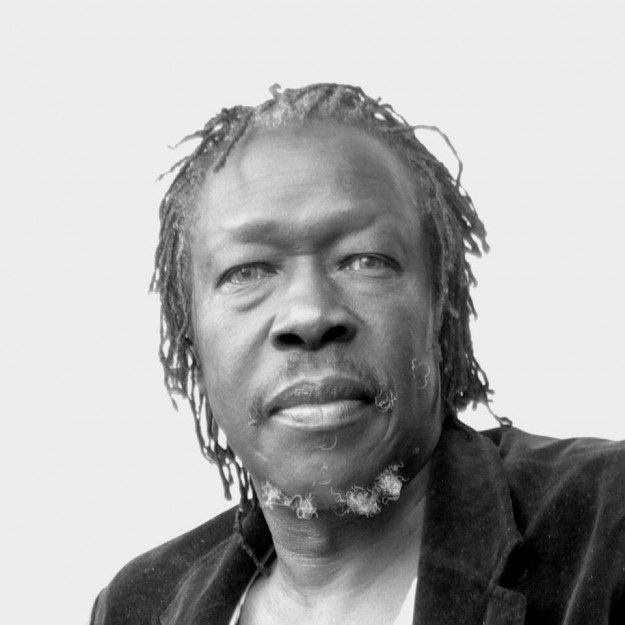 It is with great sadness that we announce the passing of Geoffrey Oryema on 22nd June 2018. A giant of a man, a true artist, statesman, activist,, father and friend to many.

Geoffrey is survived by his long term partner Regine, children, Ajoline, Chantal and Oceng. He is also survived by a number of brothers and sisters.

Geoffrey was forced into Exile in the 1970’s when his father was murdered by the Amin Regime. He found refuge in France which became his home. He released his first album Exile on Real World Records and started touring the world telling his story and passionately fighting for human rights. He worked with Sting, Tracy Chapman, Bruce Springsteen and Peter Gabriel on the Amnesty International tours. Geoffrey and Peter became firm friends and they continued to work together both artistically and for human rights.

In recent years Geoffrey took up the challenge of dealing with the child soldier problem and he also worked hard to bring peace to Northern Uganda. Geoffrey returned to Uganda in 2017 for a triumphant concert 40 years after he had left. It was a cathartic trip and he got the opportunity to travel back to his beloved Land of Anaka. Geoffrey spoke with government and officials trying to facilitate peace. He regularly performed his song La Lettre imploring all sides in the conflict to go to the negotiating table and find peace.

Geoffrey’s music took him all over the world and he touched thousands of people. He was a star in his beloved France and respected world wide.

Geoffrey a giant of a man, a statesman and a wonderful human being. Your work here is done and you are needed elsewhere. May you travel with Payira wind go safely .